Children… Our Reason for Being

Children’s Medical Fund of New York (CMFNY) is a volunteer-driven, non-profit organization formed in 1966 by a group of concerned volunteers, parents, pediatricians and community leaders who recognized the urgent need for a children’s hospital in the New York metropolitan area. 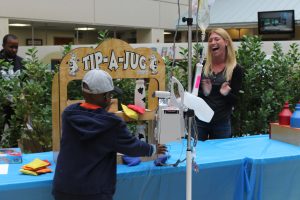 Seventeen years of perseverance and hard work, combined with raising the necessary funds and gaining legislative support,  paid off. In 1983 Schneider Children’s Hospital opened its doors in New Hyde Park, now known as Steven & Alexandra Cohen Children’s Medical Center of New York, part of the Northwell Health System. Today, it’s a nationally top-ranked children’s hospital, and CMFNY holds the proud distinction of being one of its single largest contributors.

Fifty years and more than $87 million dollars later, CMFNY has helped save thousands of children’s lives and made tens of thousands of other child patients and their families better able to cope at a time of serious illness. So, thanks for visiting our website and look around to see how you can join us in supporting CMFNY’s mission to help seriously ill children and their families. Your donations, time and support all fuel the lifeblood to achieving these goals.